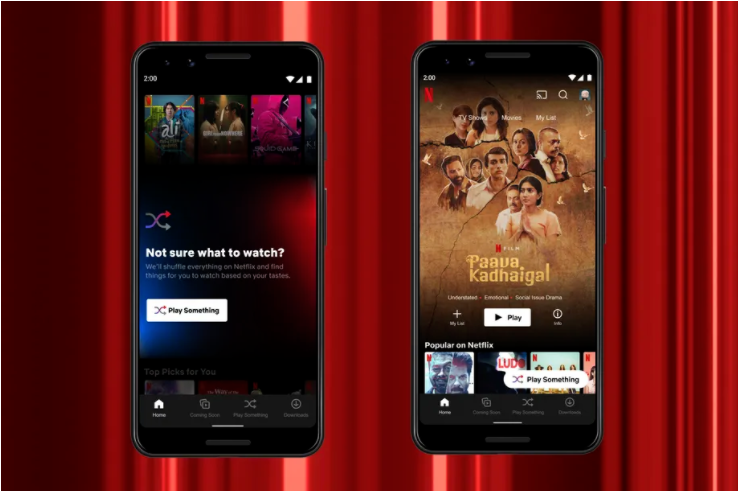 Netflix is officially bringing its shuffle feature to its Android mobile users.

The company originally began testing the Play Something feature back in April, but it’s officially launching the feature globally on Android today. The tool — which lets Netflix choose something for you to watch — is now available on TV and Android mobile devices, but it’s not supported on iOS just yet. Netflix said that it will begin testing the shuffle function on iOS in the coming months, though.

Separately, Netflix is also launching its Fast Laughs feature — which rolled out on iOS earlier this year — on Android mobile devices today in select markets, including the US, Australia, Canada, Ireland, India, Malaysia, Philippines, and the UK. The tool works like a highlight reel of funny clips from its series and films. It’s a little like TikTok but specifically for Netflix funnies.

Lastly, Netflix said Monday that it’s bringing its Downloads for You tool to iOS in the coming month. Originally launched earlier this year on Android, the opt-in feature automatically downloads stuff to watch offline based on your viewing history. It’s a neat feature to have toggled on if, say, you plan to travel and don’t want to forget to download content for offline viewing before your trip.

The Play Something button launching today on Android, meanwhile, can be found on mobile devices on the navigation bar at the bottom of the screen or roughly around the 17th row on the homepage.

3 Leading Elements That You Need To Reflect On When Looking...

What is The Best Core i7 Laptop to Buy

Super Box S2: Welcome to the World of Android Box

The Unique Car Charger Features That You Cannot Find Anywhere